At Sandy Springs Christian Church, becoming a member is simple. During our Invitational Hymn you are invited to come forward and join our church by a simple affirmation of faith. If you would like to join in another manner, simply reach out to Rev. Nathan Brown via email: Nathan@sandyspringscc.org or call the church office at 404.256.2582. We will be glad to answer any questions you may have.

Here are some of our recent new members and what they have to say about themselves and why they joined SSCC. 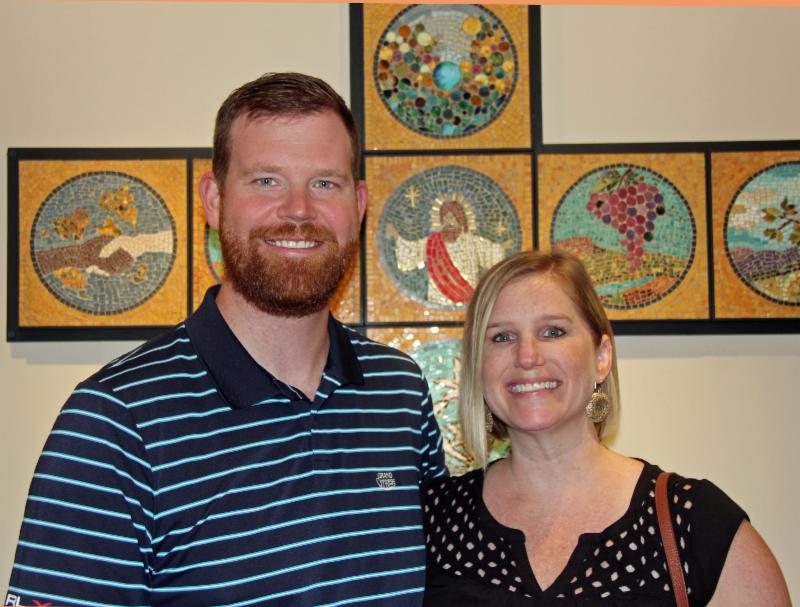 entire life living around it, with the exception of four years in Athens. Brandi and Casey started dating just over 5 years ago after meeting each other at a concert at Verizon Wireless Amphitheater. They both work in the excess & surplus/wholesale insurance industry, but they do their best to not “talk shop” at home! They have lived together for the majority of their dating life and have three dogs at home: Vinny (an affenpinscher) and Aubrey & Dooley (both mini schnauzers).

About their faith journey they say, “We have always been a couple who practice faith by praying and believing in Jesus Christ, but neither of us have been active church-goers in well over a decade. We were called to be a part of a church family earlier this year after we realized we were in the horrible habit of being mostly just Christmas & Easter Christians. So, we spent the past four months looking for the right church to belong to together. After a couple months of forcing ourselves to actively try different churches in the area, by early in the summertime, we quickly found SSCC to be welcoming, warm, and “wanting”. Meaning… it was our default answer to the Sunday morning question: Where do we “want” to go to church this week? After becoming engaged to be married on a vacation in San Francisco in late July, the next service we attended at SSCC, we knew it was time to make our church decision official too.”
———————————————————————————————

Rhonda Hirst joined SSCC July 29th. She was raised in Nashville Tennessee. She attended MTSU and studied Aerospace Administration. After receiving her degree, she worked for the State of Tennessee Dept. of Transportation for over 20 years. She moved to Atlanta last year and is excited to start a new adventure.

Currently, she works at the Atlanta Botanical Garden Gift shop. In her spare time, she loves to hike, kayak, run 5Ks, travel, and work on art collages. She also loves to spend time with her adorable cat, Rembrandt (Remy).
Rhonda was a member of Woodmont Church (DOC), so when she got here she visited a couple of churches, but she says she was so welcomed the first Sunday she kept coming back. She says after a couple of Sundays, she felt “very much at home, and it’s a great feeling.”
———————————————————————————————
This past July 15, we were excited to welcome new members into the SSCC family. 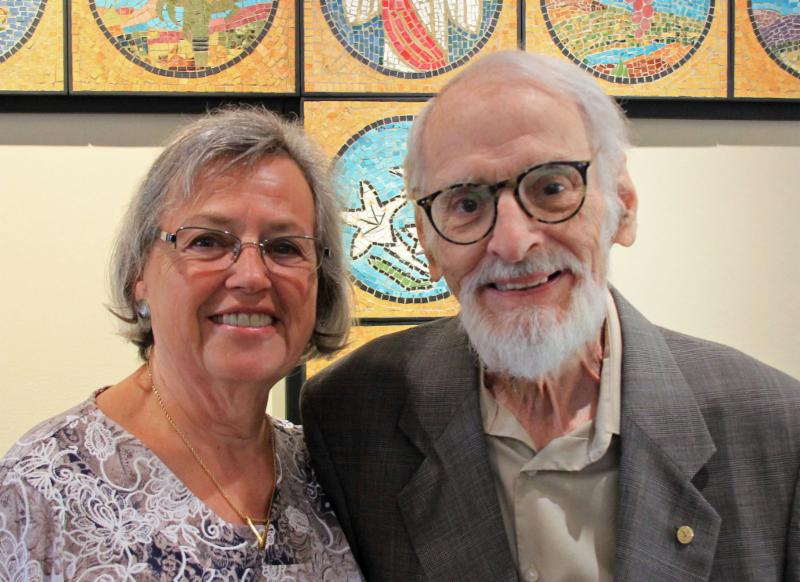 Rev. Herb and Ferris Leslie are both former members of SSCC: Herb as senior minister from 1964 until 1976, Ferris as coordinator of the primary department keeping classes staffed and teaching when needed.  Currently they enjoy keeping up with their combined families of 7 children, 13 grandchildren and 11 great grandchildren.  This requires considerable travel which they love and lots and lots of Facetime chats!  They are so happy to be back “home” to Sandy Springs Christian Church!
——————————————————————————————— 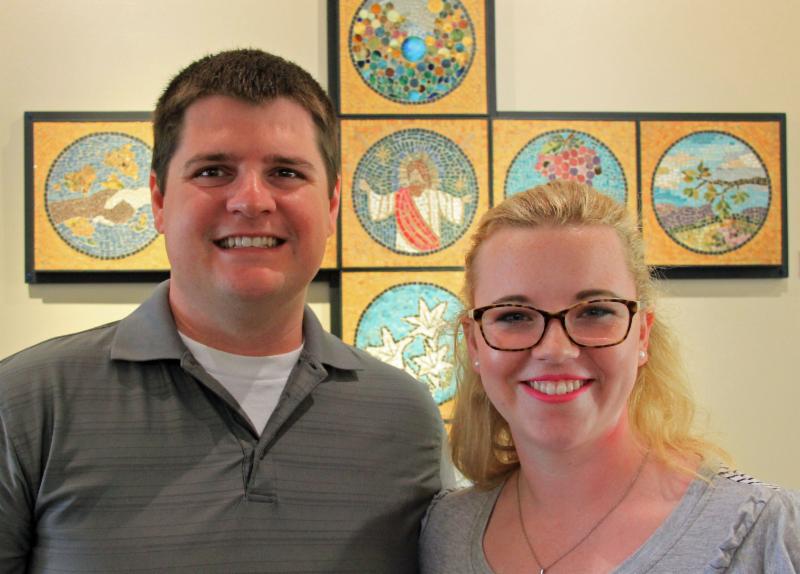 Tim and Breijanna Dyke – Breijanna is a Washington State native from the Puget Sound area and Tim grew up in Ohio just North of Cincinnati. They met at work a couple of years ago and life brought them together as a couple. They recently married in March and are looking forward to what God has in store for their next chapter. They both work in the same industry which makes their dinner conversations always entertaining. They have a 1 year old Pug named Raina that hasn’t grown out of her puppy years yet.

How to find us

Find out more by clicking here